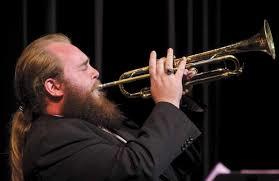 Dustin Shrum is a versatile trumpet player in the St. Louis and Kansas City area. Dustin is currently the Director of Bands at Central Visual and Performing Arts High School in the St. Louis Public Schools District. He is also the Adjunct Instructor of Trumpet at Lindenwood University in St. Charles, MO and the Adjunct Professor of Trumpet/Jazz Studies at Jefferson College in Hillsboro, MO.

He has performed with notable musicians such as Joey DeFrancesco, Byron Stripling, Marilyn Maye, The Temptations, and Terrell Stafford.