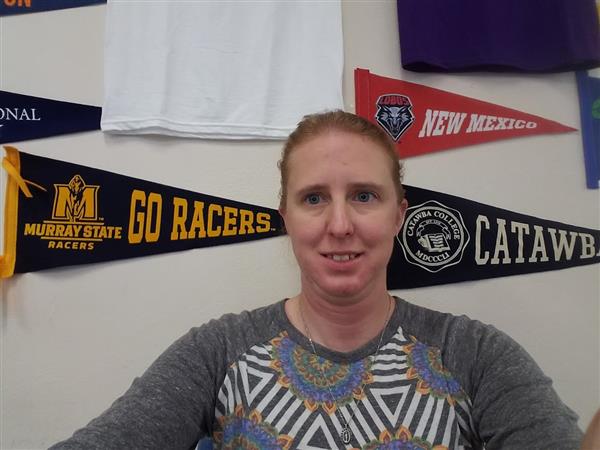 Mrs. Kramkowski is originally from Long Island, New York. She started playing flute and singing in choir in 4th grade. While in high school she studied flute privately with Jordan Vogel. She graduated Mattituck Jr./Sr. High School with a Regents Diploma. Mrs. Kramkowski continued her education at Catawba College where she was a member of the Wind Ensemble, Community Band, Flute Choir, Jazz Band and CMENC. She studied flute privately with Dr. Lynn Eisenberg and Jack Murray. Mrs. Kramkowski was awarded the Chairman's Award in Music (twice), John Philip Sousa Band Award, and the NCMEA Award. She recieved her Bachelors of Arts in Music Education. She continued her education at Murray State University. While there Mrs. Kramkowski was Graduate Assistant in the Band Program. She worked with the Racer Marching Band, Racer Pep Band, Wind Ensemble and Concert Band.

Mrs. Kramkowski has been at Shaw VPA since 2008. During her time there Shaw has been awarded "Best Communities for Music Education" by NAMM (2010, 2011, 2013). Her students have performed at the Fox Theater, Powell Symphony Hall and on the WWE's Monday Night Raw.

In addition to music, Mrs. Kramkowski was an accomplished athlete playing field hockey, softball and bowling in high school as well as NCAA Division 2 field hockey and softball.